Among the differences between the current federally subsidized crop insurance program and the older systems of farmer subsidies is that it has detached itself from having to comply with conservation in order to be eligible.

However, since 1996, farmers no longer had to meet the conservation minimum USDA requirement in order to be able to receive crop insurance subsidies, even at a time during which Congress is seeking to replace many of the assistance programs with the coverage design. The Senate is currently debating its own farm bill, while it is expected that the House will soon be doing the same thing. 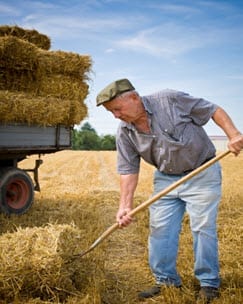 For every dollar of crop insurance purchased by farmers, taxpayers are currently covering 62 cents.

According to the head of Taxpayers for Common Sense, Steve Ellis, the crop insurance program cost approximately $7 billion last year, alone. He pointed out that it is in a rapidly rising direction, to the point that it could double its cost in a few years down the road.

Rep. Mike Thompson (D – St. Helena) has now joined forces with Jeff Fortenberry (R – Nebraska) in order to work to replace the conservation compliance into the coverage requirements for farm subsidies. In order to do this, they have introduced H.R. 2260, The Crop Insurance Accountability Act of 2013.

The Environmental Working group’s head of environmental affairs, Scott Faber, explained that the bill from Thompson and Fortenberry “is needed now more than ever as high crop prices, unlimited subsidies and ethanol mandates have placed unprecedented pressure on our most valuable resources and bloated crop insurance subsidies produced powerful incentives to plow up marginal lands. Since 2008, farmers have plowed under more than 23 million acres of wetlands – an area the size of Indiana.”

The Senate is currently building a similar provision. Larry Schweiger, the president of the National Wildlife Federation, has cautioned that the United States is “at risk of repeating the mistakes leading to the Dust Bowl if we do not close the loophole” which currently permits farmers to obtain subsidized crop insurance without conforming to proper conservation efforts.