Grain analysts are expecting those guarantees to fall yet again for corn, soybeans, and spring wheat, this year.

According to recent predictions from grain analysts, the crop insurance price guarantees for American spring wheat, corn, and soybeans is going to fall by another 10 percent, this year, based on an analysis of February futures settlement prices.

The USDA provides a subsidy for a minimum of two thirds of the insurance premiums paid by farmers.

The crop insurance program, itself, has oversight by the USDA Risk Management Agency (RMA), which also uses the average February for grain futures at harvest time in order to establish the “floor” price that is required to be used by private insurance companies when guaranteeing enrolled farmers.

The RMA believes that the floor price that will be guaranteed by crop insurance will be on its way down. 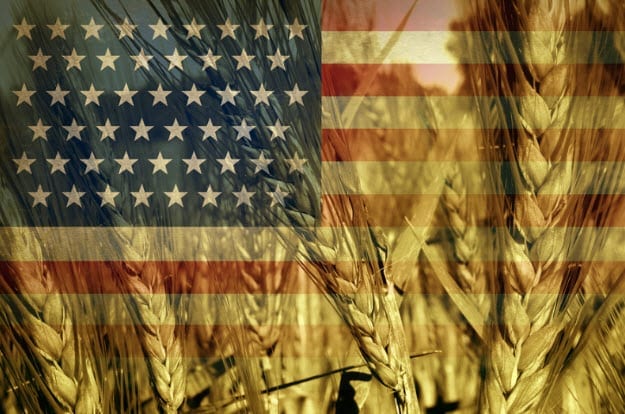 The closes of the futures on Friday had the RMA predicting that the corn floor price would be $4.15 per bushel, which was a drop of 10 percent from what it had been last year, when it was $4.62. In the case of soybeans, that figure fell by 14 percent from last year’s $11.36 to this year’s $9.73 per bushel.

Following strong harvests, last year, the floor price for corn fell by 18 percent, and there was a reduction of 12 percent for soybeans. For 2015 spring planted wheat, the floor price was predicted to drop to reach $5.85 per bushel, which is 10 percent below last year’s $6.51.

While the price guarantees through the insurance program is obviously beneficial to the farmers, they are not the only ones who find this protection to be important. Their suppliers and bankers also rely on the coverage that they receive thorough these guarantees. According to a University of Illinois farm economist, Darrel Good, “From a cashflow standpoint, $4 corn and $9 beans keep most people afloat,” adding that “Margins are tight, but it’s certainly not the end of the world.”

Following a number of years in which production and prices have been record breaking, American farmers have watched the markets returning to the ground. They often rely on their crop insurance coverage to help them to cope with frustratingly high expenses, including everything from land to seed to fertilizer.