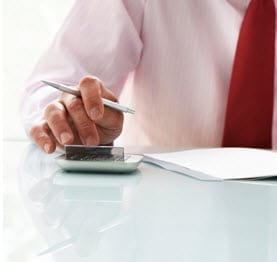 The current estimate is that there have already been $1.04 billion paid out following the 2012 drought.

The drought of 2012 left massive damage behind for farms throughout Indiana, and it is now estimated that the result of that devastation is over $1.04 billion in crop insurance payouts; a level that surpasses the payments from all previous years.

This represents a massive loss in the state, particularly because one quarter of Indiana crops are uninsured.

The U.S. Department of Agriculture (USDA) released these statistics this week, highlighting the damage that was left behind by the widespread droughts that were experienced throughout Indiana and many of the other highly agricultural states. This number didn’t just exceed the previous record for payouts from the crop insurance program. In fact, it has already doubled it.

It is also expected that the crop insurance payouts will continue to rise as more claims are received.

Chris Hurt, an agricultural economist from Purdue Extension has explained that he believes that the crop insurance payouts figures will only increase over the next few weeks as the final claims continue to be submitted.

He said that “These crop insurance indemnities are the primary reason the state’s farm sector income has not collapsed under drought losses.” He also added that “The income-stabilizing impact of crop insurance has helped keep rural communities economically healthy.”

The previous figure that had held the record in the state was reached in 2008, when the indemnity payments were $522 million. From last year’s total, $900 million in payments were directed specifically toward losses to corn fields. Corn is a plant that typically averaged 99 bushels per acre last year. That total was 40 percent lower than its usual amount.

The previous high for corn crop insurance payouts had been in 2008, when $269 million in payments were made. The sales of corn from the limited yield have been generating approximately $700 million less across Indiana than had been predicted before the damaging weather arrived. Hurt pointed out that “an infusion of an additional $900 million in insurance claims will bring total receipts to somewhat more than pre-drought estimates.”