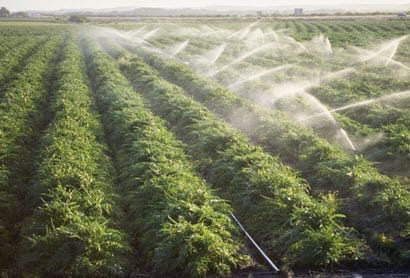 Widespread drought across Iowa and other Midwest states lead to massive payments from the program.

The droughts throughout the 2012 growing season will have generated an estimated record level of payments, reaching $16 billion, which has led critics to call for changes to the government subsidy system.

They feel that the taxpayers are paying for an inefficient subsidy and the government can’t afford it.

Farmers and growers purchase their crop insurance from private insurers. That said, those policy premiums are subsidized by the federal government, and losses over certain levels are also paid for by the government. The prediction of one analyst has said that the government will have paid an estimated $11 billion out of the 2012 total.

This is the second consecutive year in which crop insurance payouts have broken previous records.

Last year’s crop insurance payments were primarily due to droughts, whereas 2011 saw both droughts and flooding. The $16 billion in payouts to farmers in 2012 has occurred at the same time that lawmakers are already looking to recreate the farm bill so that it focuses more on coverage for crops as opposed to disaster relief, so that growers can be more effectively protected against the damage caused by natural disasters.

Growers have stated that they need to be able to maintain some form of protection, or the type of occurrences that have happened over the last year or two would force them to shut down their businesses.

Under the current program, farmers are able to buy crop insurance that would cover 50 to 85 percent of the earnings that they would have made on lost plants. The premiums that are paid are based on the amount of coverage that they have purchased. Farmers explain that because of this, the system is not a way to make money. It is simply a means of remaining afloat when disaster eliminates any source of revenue from the fields.

The most recent Federal Crop Insurance Corp. report stated that while some 2012 claims are still pending, the payments so far have been $15.91 billion. That said, it is still already 47 percent more expensive than the previous record in 2011, when payouts reached $10.8 billion.