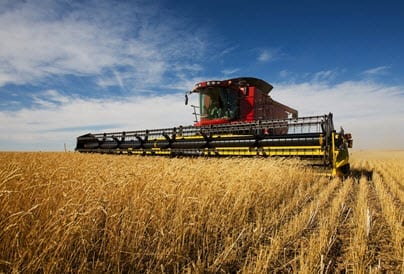 In 2012, a severe drought struck the U.S. that quickly became the worst the country had ever seen. The drought brought intense focus to the country’s crop insurance program, which had been established to protect U.S. farmers from natural disasters. The drought caused widespread crop failures, which produced insurance claims from farmers. According to government data, the total cost of the drought, in terms of crop insurance payouts, has been tallied to be $11.581 billion.

Initial estimates concerning the extent of the drought’s damage came in at roughly $10 billion. The Risk Management Agency revised its estimates after investigating multiple factors associated with the disaster. The drought brought immediate attention to the federal crop insurance program, which underwent several changes during the latter days of 2012. These changes were made in order to help prepare the crop insurance program for any future disasters it may face.

Despite the changes made to the crop insurance program, the Risk Management Agency notes that the program was able to account for the majority of the costs associated with lost crops. According to the U.S. Department of Agriculture, more than 326 million acres of crops were planted in 2012, a significant portion of which was lost to the drought. During that year, $11.06 billion was paid in subsidized crop insurance, which helped cover the cost of the drought.

Effects of drought more modest than many believed

Crop insurance had been a hot topic during the height of the drought, which many suspected would cause a catastrophic food shortage and crisis throughout the country. In actuality, the impact of the drought beyond the insurance sector and the agriculture business has been modest. Costs for food rose, but the disaster did not have the impact that some analysts claimed it would. Analysts now suggest that the country’s crop insurance system will be able to weather any future disasters that visit the agriculture sector in the future.