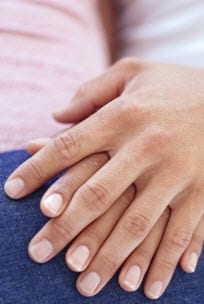 The chief judge in a San Francisco court has deemed the denial of insurance benefits for a same-sex spouse to be a discriminatory act, and has ordered that the couple in the case be compensated for the costs they incurred for private insurance.

The case involved the same-sex spouse of a federal court employee who had been denied insurance coverage. However, those payments may not be fast to arrive, as the courts will now consider the Defense of Marriage Act’s constitutionality, as this law from 1996 which banned access to marital benefits to couples of the same sex. A Boston federal appeals court heard arguments regarding this law on Wednesday.

This most recent ruling in San Francisco, involved a law clerk named Christopher Nathan, who works for the U.S. Magistrate Maria Elena James. Thirty-eight year-old Nathan is married to Thomas Alexander (39) following a ceremony which James performed in 2008, when it was legal to be married to a same-sex person in California.

Proposition 8 was later approved by voters, overturning the ruling by the California Supreme Court which had previously legalized same-sex marriage.

Last year, Nathan attempted to enroll Alexander into the health insurance plan from the federal government, and the U.S. Courts Administrative Office turned him down because of the barring of federal recognition of same-sex unions in the 1996 law.

However, on Tuesday, Chief U.S. District Judge James Ware ruled that that when Alexander was denied insurance benefits because of his gender and sexual orientation, it was a violation of Nathan’s right under the federal court guarantee that it would be a “discrimination-free workplace.”

Ware was acting as the employee dispute-resolution program’s court administrator, and stated that he does not actually have the authority to require the national office of the court to offer insurance coverage. Therefore, in his ruling, he ordered the San Francisco federal court’s chief clerk to reimburse Nathan for the cost of insurance already paid, and the insurance that will be paid for in order to provide coverage for Alexander.

Richard Wieking, the court clerk, stated that when judges such as Ware make these types of orders, it creates a dilemma for people in his position, who must then make the decision as to whether they should follow the antidiscrimination policies of the court, or the national office legal directives that require them to follow the Defense of Marriage Act.