The lucky family that received free home rebuild after their previous residence has now listed the property.

A family that was given a “Extreme Makeover” for their house after Hurricane Ike had destroyed it, has now put the Houston residence up for sale because they are unable to continue to afford the cost of homeowners insurance coverage and the taxes.

Moreover, they have been forced to drastically reduce the list price because of the struggling real estate market. 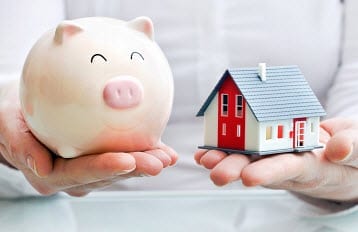 Home buyers who will be able to afford the taxes and the cost of homeowners insurance for the property now have the chance to buy it at a considerable discount because of the level of motivation that the family has to sell. The Beach family remains extremely grateful to the ABC network’s television show “Extreme Makeover” and everything that they did for them. They were provided with renovations that they never would have been able to afford on their own.

Unfortunately, the taxes and homeowners insurance skyrocketed to about $1,500 per month.

Larry Beach, his wife, and four children, have enjoyed the house and everything that it has meant for their family, but “It is costing us more to live here than it would to sell it.” He expressed that it was quite challenging to make the decision to sell the home that they came to love very much. The entire family was extremely grateful to the show and to the entire community that came together to help to rebuild the property.

However, because of the expense, the family has been attempting to sell the property since February 2013. The original list price had been $700,000, but it has now been reduced to a tremendously lower $535,000. The hope of the real estate agent who is working for the family is that a church or an adult living facility will think about purchasing the home, as its size would be very appropriate for a building of that size and layout.

Ownership by an organization such as those would have a much better ability to cover the high cost of homeowners insurance and taxes.