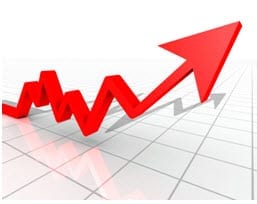 Anthem Blue Cross has announced that they will be increasing insurance rates by as much as 20 percent for the health coverage paid for by almost 600,000 people in California by May 1, 2012.

Consumer Watchdog Campaign released a statement that said that a ballot initiative for boosting the affordability of health insurance through the regulation of hikes in premiums is vital to protecting people in California from excessive increases. This ballot initiative would require insurers to provide a public justification of changes that they make to their rates, under penalty of perjury, and they must achieve rate approval before those changes could go into effect.

According to Carmen Balber from Consumer Watchdog Campaign, “Every time insurance companies force another double-digit rate increase on consumers they make the case for our ballot initiative to rein in excessive rate hikes.”

Balber went on to explain that in the case of Anthem Blue Cross, that insurer was required to include a copy of the petition from Consumer Watchdog Campaign into the rate increase notice that was distributed to over a half million of its customers, then the campaign believes that it would already have accumulated the necessary 505,000 signatures for qualification into the November ballot.

The ballot measure would provide increased health insurance policy regulation for more than 5.3 million people in the state. There are already 35 other states across the country that have the authority to approve or reject proposed insurance rate increases, but California insurance market is not currently among them.