The Connecticut Department of Insurance has begun warning insurance companies against using a controversial pricing method that relies heavily on consumer buying habits. The insurance industry is meant to use actuarial or risk-based principles to price the coverage being provided, but many insurers have been found to be using price optimization, which could be placing consumers under a great degree of financial stress. Such practices have been found in various sectors of the insurance industry and more states are beginning to place insurers under greater pressure to abandon price optimization.

The state agency has begun focusing on the property casualty sector, requiring homeowners insurance companies to stay away from the price optimization method. The companies are being required to abandon the practice and resubmit their homeowners insurance filings to the Department of Insurance within the next 60 days. Companies that fail to do so could face disciplinary action, such as fines and similar penalties.

Price optimization continues to attract the ire of insurance regulators 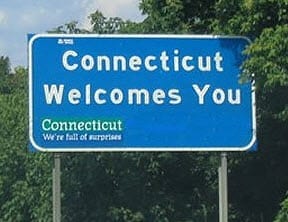 Price optimization allows homeowners insurance companies, as well as their counterparts in other sectors, to price coverage based on a wide range of non-cost based factors. Insurers using price optimization can use these non-cost factors as a way to increase premiums. These companies have an incentive to raise premiums due to the financial losses they have experienced, either due to natural disasters or other issues that have affected their earnings. In Connecticut, insurance regulators will be focusing more heavily on ensuring price optimization is put to rest.

Controversial practice is being viewed as discriminatory

Connecticut Insurance Commissioner Katherine Wade believes that price optimization is a discriminatory practice, which violates state laws concerning insurance coverage. State officials note that price optimization often results in two consumers with identical loss history and risk profiles to pay different premiums for their coverage. As such, some consumers are experiencing a significant degree of financial strain that may not be considered fair.