Washington’s Insurance Commissioner, Mike Kreidler, has rejected 5 insurers from the state’s health insurance exchange. The move has received some criticism from consumers and advocacy groups in the state, spurring the Commissioner to make a statement concerning his decision. According to Kreidler, there were substantial problems with the plans being offered by the insurance companies and these problems could not be effectively resolved. The state’s health insurance exchange currently boasts of 31 plans offered by four insurers.

One of the problems with the rejected plans has to do with their inability to offer an adequate health care provider network. One of the rejected plans did not include a pediatric hospital while another did not offer coverage for prescriptions obtained through retail pharmacies. Other plans did not offer coverage for transplant surgeries and some refused to offer access to health care experts specializing in HIV/AIDS. 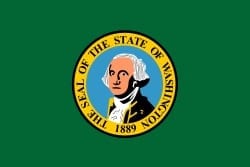 The state will continue working with health insurance companies in order to bolster their participation in the exchange. The exchange is scheduled to begin open enrollment on October 1 of this year, per federal law. Policies sold through the health insurance exchange will go active on January 1, 2014. Commissioner Kreidler notes that complying with the federal health care law has been a difficult and challenging process, but he remains optimistic about the future and suggests that many insurance companies will find success.