A member of Florida’s Citizens Property Insurance’s governing board has suggested that the state-run insurer should ask Governor Rick Scott to convene a special panel to address concerns regarding rising water damage costs. The panel would also highlight litigation that may be leading to higher homeowners insurance premiums in South Florida. Citizens Property Insurance is concerned that such litigation is eroding the financial standing of insurance companies throughout the state.

Citizens President Barry Gilway brought up the suggestion at a meeting of the Board of Governors this week. Gilway suggested that the state-run insurer is facing dire risks associated with the rising cost of water damage. Other insurers, those operating in the private sector, are also facing similar risks that could damage their financial capabilities. Many of these insurers have taken over policies that Citizens has given up. So far, some 1 million policies have been shed by Citizens since 2012. The insurer has been moving policies to the private sector in order to address financial problems that it had in the past.

Major insurers are planning to cancel policies in the future 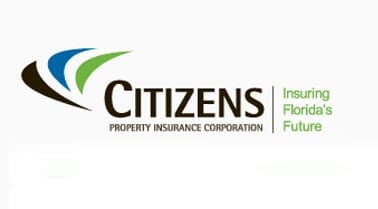 According to Gilway, an analysis of 15 major insurers in the state shows that claims and lawsuits associated with non-weather-related water damage are beginning to have a negative financial impact on homeowners insurance providers. As a result, these insurers are planning to raise premiums next year. Some, however, are planning to cancel policies in South Florida and other parts of the state. Doing so will mitigate the financial risks they face. Gilway notes that one company intends to cancel 9,000 policies, with another planning to cancel 8,000 policies.

Lawmakers may look to reduce premiums in the future

Whether or not Governor Scott will call for a special panel to be held is uncertain. State lawmakers have expressed concerns regarding the rising cost of homeowners insurance coverage in the past. They are also concerned about the financial risks that insurers are facing, which is driving up premiums. While Florida has managed to avoid a significant natural disaster over the past several years, homeowners coverage continues to grow more expensive in many parts of the state.