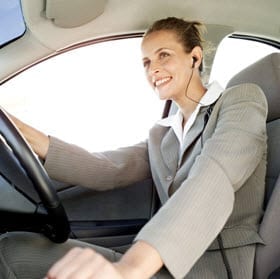 When it comes to auto insurance, there is a lot of information available, but it’s hard for insurers and customers alike to know what to believe, what is a deception, and what is simply an urban myth.

A recent study performed in the United Kingdom by eCar – an eInsurace Group serving more than 28,000 monthly insurance applications – found that women drivers are slightly more likely than men to alter the truth when they submit an auto insurance application. The study also showed that there has been an increase in this behavior among women over the years.

The study was performed in May 2011, and showed that 20 percent of all of the insurer’s policy applications had undergone fraud investigations. Among those investigated and declined, 51 percent were made by women. The cost of insurance policies has increased by 38 percent in the last year as a result of car insurance fraud.

That said, policy applicants aren’t the only ones spreading untruths. There are many myths associated with car insurance that are perpetuated by word of mouth, the media, and the internet, making it difficult to know what decisions to make in order to keep premiums to a minimum.

To start, an independent broker from Adriatic Insurance, Ross Cation, from Woodbridge, Ontario, Canada, pointed out that a parking ticket will not affect your insurance rates. For that matter, it won’t impact a driving record, either. That said, in the case of speeding tickets, every insurer has its own regulations.