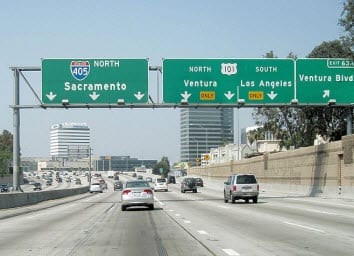 According to a report by Insure.com, the residents of California experienced some relief in their auto insurance prices when they fell from $1,991 last year to $1,709 now.

In 2011, California insurance rates held sixth place in the country for the most expensive annual car insurance premiums. However, this year it has dropped to ninth place. The report did not examine the reason that the prices fell.

On the other hand, Louisiana remained in first place, where the average premium for coverage was $2,536 this year. The report claimed that it was the legal system in that state which caused the prices to remain so high.

It stated that “Auto insurance claims in Louisiana must reach $50,000 before they go to a jury trial.” It also went on to explain that claim lawsuits that are less than this amount are sent before elected judges who have a tendency to side with the constituents as opposed to the insurers. Therefore, those costs faced by the insurance companies are then paid for by their customers.

On the other hand, the large number of uninsured drivers and the high risk of expensive damage from storms such as from flooding, snow, and tornadoes, were the cause behind Oklahoma’s second place position.

In third place, was Michigan, where the guaranteed unlimited lifetime medical benefits for victims of car accidents in the no-fault insurance system lead to higher insurance costs.

States where large percentages of the driers are uninsured often experienced higher premiums than those where most of the drivers had coverage, as the cost of the crashes were being passed on primarily to the drivers who were insured. The smaller the percentage of insured drivers, the larger the portion of the total cost for each motorist.