Demi Lovato’s new Los Angeles house was rendered unfit for occupancy before she ever moved in.

California landslides have been wreaking havoc for homeowners, including certain top celebs. The massive downpours have been desperately needed by the state. Droughts and wildfires have plagued Californians. That said, as the dry land is quenched some areas have become unstable.

The pop singer had yet to move into her new $8.3 million home when it was struck by a mudslide.

Twenty four year old Levato’s home is in the Laurel Canyon neighborhood. Before she was able to move in, one of the most recent California landslides broke loose from the neighbor’s property above hers. Five homes, including the 2017 Grammy nominee’s, were evacuated. According to the Los Angeles Fire Department, the mudslide sent about 20 tons of earth down that hill.

Much of the shifted earth was piled into the singer’s driveway. Had she already moved in, her cars would have been buried and she would have been blocked into her home. In fact, several people living in the area found themselves in just that situation. Their driveways and doorways were blocked and rescue workers had to help them to get out. Beyond the four other neighbors who were evacuated, hundreds of residents in the area found themselves without power.

Still, the Los Angeles Fire Department said these California landslides could have “been much worse.” 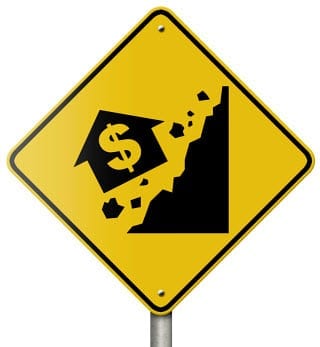 The department’s spokesperson, Erik Scott, explained that “We have predominantly backyards that are affected.” Though this is good news on the whole, it certainly doesn’t correct the damage to Lovato’s home.

A Department of Building and Safety representative has issued a “red tag” to her new three story, four bedroom home. The singer purchased the property back in September and it now dons a tag on the door removing permission to enter the home as the dwelling has been deemed unsafe to inhabit.

This was in part due to the existing damage and in part a result of the risk of further California landslides from above her on the hill. Additional celebrities affected by mudslides in the Laurel Canyon area included Pharrell Williams, Jared Leto, Bruno Mars and George Clooney, among others. As landslide insurance, like earthquake insurance, is not included in standard homeowners coverage, it can only be hoped that these celebs have been properly advised regarding the coverage they need to protect their properties.