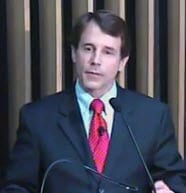 Aetna Life Insurance has raised the health insurance rates for small employers in the state of California this month. The company has plans to raise rates by an average of 8% for this sector each year. The plan has struck a chord with the state’s insurance regulators, with Insurance Commissioner Dave Jones accusing the company of being unreasonable. According to the state’s Department of Insurance, Aetna’s health insurance rates for small businesses will jump by more than 30% over the next two years.

The insurer typically raises rates for this sector every quarter. Commissioner Jones has been pressuring the company to withdraw its rate increases for this quarter in the hopes of sparing some 77,000 employees from costly premium increases. His efforts, however, have been unsuccessful thus far. This is largely due to the fact that Jones and his insurance regulators have no legal authority to modify or deny the rate proposals coming from the state’s insurance companies.

Jones believes that small businesses are suffering under the pressure of more expensive health coverage. Higher prices have caused many companies to stop providing health care benefits to their employees, which leaves many of these people without access to health insurance. Commissioner Jones believes that the Department of Insurance should play a bigger role in protecting consumers from these rate hikes and is using the opportunity to draw attention to the subject.

Some insurers have accused regulators of being narrow-minded in their approach to health insurance. Some believe that more regulation of the industry will cause the market to suffer and make it more difficult for insurers to do what they need to do. Some insurers have gone so far as to accuse regulators of favoring consumers over the insurance industry, creating an imbalance that is not meant to exist. Commissioner Jones believes that more regulatory authority is necessary only to ensure that consumers are not exploited, especially in a volatile economic climate.

Aetna does not have plans to withdraw the rate increase and has already begun collecting on higher premiums.