Though many Californians have taken the step to purchase their plans, they are now being urged to make their payments.

As the first major California health insurance deadline has now passed for purchasing coverage on the state’s exchange, these thousands of consumers are now being urged to actually pay for their first month of premiums in time for the next deadline, which is rapidly approaching.

After an extension to the deadline, the first payment for premiums is now due on January 6, 2014. 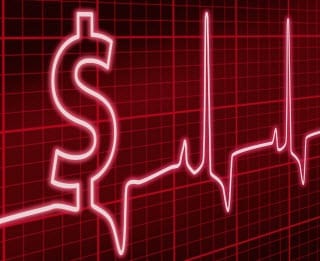 This deadline is for the California health insurance policies that start with the new year. The Americans who missed the original cutoff for purchasing their coverage will have three months in which to buy their plans before they will be at risk of facing a tax penalty under the federal healthcare reforms.

A spokesperson for the California health insurance exchange is reminding consumers that premiums are what activate policies.

The spokesperson, Anne Gonzales, has released a statement to remind people who have purchased their plans that they will not take effect just because an enrollment was made. They need to make their first premium payment by the deadline to make sure that they have an active plan in time. She stated that “They have to submit their payments.”

Covered California has released the recent figure that there have already been 428,000 people who have enrolled in their coverage plans in order to be able to comply with the Affordable Care Act’s requirements. This number includes everyone who has purchased a policy through the state exchange since the start of October, when it opened. The number could potentially have been higher if the site had not been overwhelmed by a sudden wave of users, causing technical problems, and if the phone lines at all three state call centers had not been ringing off the hook.

However, now that many people have enrolled in their California health insurance coverage, they need to take that extra step to actually pay for it, as the job is not complete until that happens. This step needs to be taken by January 6 to make sure that everything is in order in time.