The boating season has already started but many enthusiasts don’t realize that they’re not adequately protected. 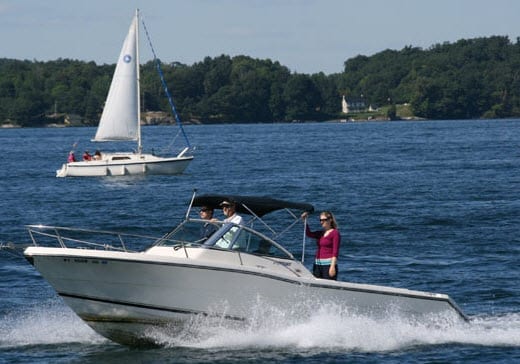 Although the season for watercraft has had its unofficial start and people have been flocking to their local lakes to be able to get as much out of this year’s warm weather as they possibly can, but many don’t realize that they will likely require additional boat insurance to provide them with the coverage that they need.

It isn’t uncommon for people to think that their homeowners insurance or cottage policy is enough.

AAA has now released a reminder to all boaters to make certain that they have the boat insurance coverage that they believe themselves to have, and to understand exactly how much coverage will be provided to them in the event that they are involved in an accident while on the water. While the primary concern is always to make certain that everyone is safe, once that has been accomplished, the added financial protection is the next most important thing.

The reason, according to AAA spokesperson for the Auto Club Group, Mark Jenkins, is that the risk of a boating accident rises on holidays such as the recent Memorial Day weekend and other times that the “rivers and lakes are loaded with boats.” He also cautioned that while one boater may be doing all the right things, it is important that other “boaters are oftentimes loaded on alcohol.”

Although statistics for this year had not yet been released at the time of the writing of this article – as they are typically tallied by the end of the season – the US Coast Guard’s data from 2013 showed that over the course of the boating season, there were 4,062 accidents that involved 2,620 injuries, 560 deaths, and property damage worth about $39 million dollars. This data was from all of the recreational boating incidents reported across the country.

At the moment, there are approximately 12 million recreational watercraft that are registered in the country. That said, according to a survey from AAA, many of them are relying on their homeowners insurance to cover them.

In Georgia, Florida, and Tennessee, only 70 percent have boat insurance in case of an accident. The remaining 30 percent likely do not have adequate protection to be able to cover the cost of property damage – or even injuries – that could result from an accident.