Both insurers and consumers are finding the benefits of pay as you drive coverage to be highly appealing.

According to the results of a recent survey, the consumer interest in usage based auto insurance is rapidly climbing, and that it is likely that insurers will take rapid action to take advantage of the appeal that this type of program has to offer.

Estimates are now indicating that by 2018, one in every five insurers will offer usage based insurance (UBI).

The survey was conducted by Lynx Research Consulting, and it has revealed that over one in every three drivers would opt for pay as you drive auto insurance. The most common reason for choosing this type of program is that analysts are finding that good drivers are seeing savings of up to 30 percent in the premiums that they are paying. 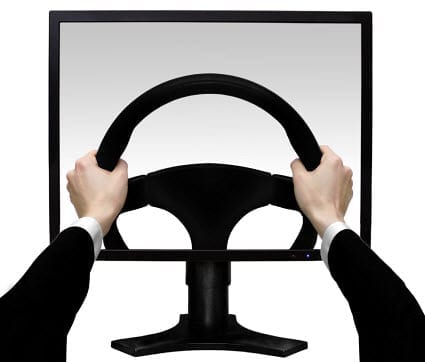 Nearly two of every three U.S. states now allow trucks and cars to be insured with usage based auto insurance.

These pay as you drive auto insurance

programs mean that consumers pay premiums that are based on the figures that are generated by their own unique risk, as opposed to the averages based on certain more general demographic and grouping estimates. Figures regarding the use of the vehicle are collected, such as the actual number of miles that are driven in addition to other factors, such as frequency of hard breaking, time of day that the car is driven, average speed, and so on.

This type of auto insurance data collection was first introduced about a decade ago, but is only now starting to take off at a very rapid rate. Insurers such as Progressive, Allstate, and State Farm have been leaders in implementing UBI programs across the United States.

Though it has not yet reached a point that it would be considered to be mainstream, the National Association of Insurance Commissioners (NAIC) has released an estimate that stated that up to 20 percent of all vehicle insurers will likely have introduced a pay as you drive program over the period of the next 5 years. Currently, only less than one percent of auto insurance companies have implemented one of these programs.