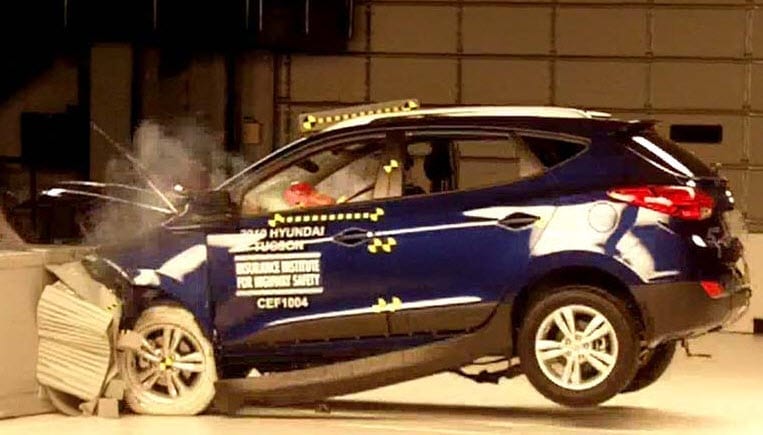 The IIHS has named the safest vehicles in terms of the scores received on its tests.

Auto insurance news has been made by the Insurance Institute for Highway Safety (IIHS), which has announced the 13 safest vehicles that scored the best on its tests.

The Top Safety Pick+ award was given to thirteen different 2013 model automobiles.

In order to receive the designation of being a Top Safety Pick+, the vehicles are required to receive a rating of being able to provide “good” occupant protection in a minimum of four of the five evaluations that are performed by the IIHS. The fifth test rating can receive a grade that is no lower than “acceptable”. This information can help consumers to choose vehicles that will be safer and may help to lower auto insurance premiums.

This auto insurance information is helpful for consumers when they are making their next vehicle choice.

The IIHS auto insurance safety award also requires the vehicles to achieve a good or acceptable rating in the small overlap test that the IIHS introduced this year. According to the IIHS in a press release, “The small overlap test replicates what happens when the front corner of a car collides with another vehicle or an object like a tree or utility pole.”

The auto insurance news press release went on to explain the small overlap test by saying that “In the test, 25% of a car’s front end on the driver side strikes a five-foot (1.5-metre)-tall rigid barrier at 40 miles per hour (60 km/h). A Hybrid III dummy representing a 50th percentile male is belted in the driver seat.”

The IIHS had performed an evaluation on 29 different vehicle models as of December 20, 2012. Based on those examinations, it went on to name the 13 models that it believes were able to offer “the highest level of all-around crash protection.”

Two of the vehicles included in the top achievement included the Dodge Avenger and the Chrysler 200 four doors, from the Chrysler Group LLC. These, and other models, such as the Outback and the Legacy from Subaru, which were included in the awards, now have additional support for keeping auto insurance premiums down for consumers who drive them, while keeping those people safer inside.