The ballot measure that was designed to allow insurers to offer new discounts has been defeated.

Voters in California have now rejected the Proposition 33 auto insurance measure, which was created to give insurers the ability to offer discounts to customers who maintained continuous coverage, but increase the rates for drivers whose coverage history was inconsistent.

The current law in the state already allows for loyalty discounts for drivers who remain with one insurer. 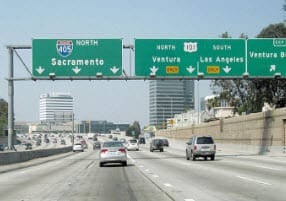 However, that law also stops those car insurers from using the discounts as a way to bring in new customers. Under Proposition 33, the auto insurance companies would have been able to give drivers from any provider a discount as long as they had maintained continuous coverage.

This was the second time that a similar auto insurance measure was rejected by California voters.

This particular effort had been led by the Mercury General Corp chairman, George Joseph. It was his intention to change the auto insurance law that has been in place for the last twenty years in order to protect consumers.

Those who supported the measure, which was 99 percent funded by Joseph, believe that it would have helped to increase the competition in the auto insurance marketplace, and that it would mean that drivers in California would be able to find lower rates.

On the other hands, opponents of Proposition 33, who were led by Consumer Watchdog, felt that these new forms of discounts would need to be offset by charging higher rates to drivers whose coverage had been inconsistent over the years. This would bring harm to people who had been forced to cancel their auto insurance because of issues such as illness or long period of unemployment.

Another major issue raised by critics of this auto insurance measure was that many believe that it could have worn down the consumer rights that had been established in 1988, following the approval of Proposition 103. That measure stated that insurers were not allowed to use past coverage as a part of the rate calculations for drivers. In the case of Prop 33, the opposition raised $275,700 for their campaign, while Joseph contributed $16.9 million to support it.