It is believed that this heavily regulated industry keeps its prices down because of the need to compete.

The Insurance Information Institute (I.I.I.) has released a report that has stated that even though the auto insurance industry is extremely regulated in the U.S., the high level of competition within the marketplace is making sure that coverage is broadly available to motorists and stays affordable.

The cost of this coverage has been increasing at a slower rate than gasoline and healthcare, said the I.I.I.

In response to a Consumer Federation of America (CFA) analysis, the I.I.I. released a report this week that indicated that while auto insurance prices are on the rise, they are not increasing as rapidly as gas prices or those of medical care. The CFA is a nonprofit organization that brings together almost 300 other nonprofit consumer groups. It recently proposed an argument that stated that its May and June 2013 analysis indicated that some of the major vehicle coverage providers are charging higher rates to drivers who have lower status jobs and educations. 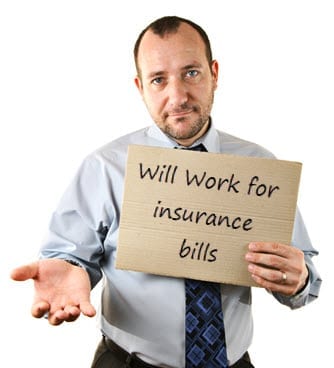 That auto insurance company analysis involved the ten biggest insurers in the country.

companies when calculating the premiums quotes in 10 different major urban areas across the United States. The profile of the fictional driver that was used for the analysis was a 30 year old single woman who was renting her home in a moderate income area of the city in question. She drove a vehicle from 2003 and had a very good driving record over 10 years with no moving violations or accidents. She had not had coverage for the 15 days previous to the quote.

Stephen Brobeck, the executive director of the CFA, stated that “Auto insurers charge high premiums for minimal coverage to most working people, even those with perfect driving records, who live in urban areas.”

The president of the I.I.I., economist Robert Hartwig, said that auto insurance companies are competing to obtain the business of every motorist within their marketplaces. He explained that “These market forces have created a favorable situation for the nation’s drivers when considering what they’ve had to pay for other products and services essential to their daily lives.”