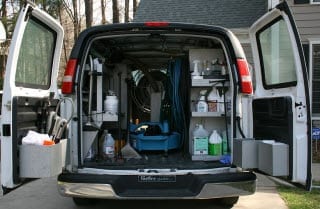 The number of consumers seeking commercial insurance quotes in the European marketplace seems to be steadily increasing, and the fleet auto insurance sector is aimed toward a worth of over €18 billion in four years.

Finaccord has released the results of its research which has indicated that fleet insurance is now one of the major sectors of the European insurance market, just like property insurance.

Regardless of the narrow levels of growth between the years 2007 and 2011, the data produced by the research from Finaccord has indicated that there will be more growth for the combination of auto insurance and assistance, as the rates continue to increase in the effort by insurers to cover the losses that are being experienced within larger countries such as the United Kingdom and Germany.

It was estimated by Finaccord that in 2011, there are approximately 8.38 million fleet commercial vehicles throughout the ten European countries (the United Kingdom, Germany, France, Belgium, Netherlands, Italy, Spain, Poland, Switzerland, and Sweden), in addition to fleet buses and coaches that account for an additional 593,000.

The managing director of Finaccord, David Parry, explained that the primary struggle in the market for fleet insurance is in the ability to get to know the applicable risks as well as in lowering the costs, and that there are several ways to go about achieving this. He stated that “Large fleets can be rated on their own claims record, and improving driver behavior is key for them.”

The report estimated that in 2011, there was about €6.58 in spending on commercial vehicle insurance.

For more information and quotes on all lines of commercial insurance