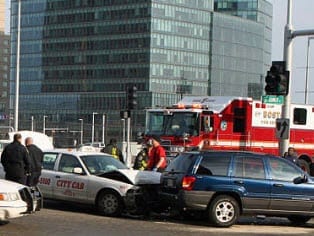 Insurer uses its broad connections to predict which cars will result in claims.

Allstate Insurance has been recognized as the Most Connected Company by U.S. News, and decided to use that strength through a crowdsourcing technique in order to help find a solution to improve its forecasting model for bodily injury auto insurance claims, based on the type of vehicle involved in the crash.

Forecasting is a critical capability for insurers, and the predictive data analytics that they use.

These companies have become highly dependent on models that will help them to determine what events could occur in the future, so that they can decide how to price a policy in order to be able to make good financial sense.

Crowdsourcing is a process that involves the distribution of a specific problem description, in addition to relevant information, to a group of unknown people – typically experts in the industry – which can then submit potential solutions online.

This was a contest that was operated by a statistical analysis and predictive modeling competition firm based in San Francisco, called Kaggle. Kaggle’s clients need only use their service to post problems and information sets so that experts in their industry can compete with their solutions.

In Allstate’s case, they used existing data and a model based on information from three years of cross referencing between vehicles and the injury claims that had been associated with them from 2005 through 2007. The analysts – that is, the individuals competing through the platform at Kaggle – then worked to discover a link between the vehicles involved in the accidents and the injury payments that had been made on their claims. The results that they provided were able to create a model that would effectively predict the claims made in 2009.

The participants in the contest used a wide variety of auto insurance metrics, including everything from the number of cylinders in a vehicle’s engine to its horse power or its overall length. All of this was used to help Allstate to determine how likely it would be that a customer with one of its policies would be at risk of suffering an injury in a vehicle crash.

Matthew Carle, a Sydney, Australia actuarial consultant at Quantium was the first place winner, who won $6,000 for his development of an entry that had an accuracy that was 340 percent than the one that Allstate had been using at the time.