The insurer first disclosed its Transformative Growth Plan at the end of 2019.

Two primary components of the Transformative Growth Plan unveiled in December 2019 include Allstate agent commissions as well as the company’s insurance advertising.

The plan is meant to completely overhaul the insurer’s strategy toward business, efficiency and expenses.

The insurance company’s plan includes details regarding the changes it is making to how it does business, how it is increasing its efficiency and cutting its expenses. Thomas Wilson, the insurer’s chairperson, president and C.E.O. discussed the plan during the Q4 2019 call with analysts. Among the central changes highlighted included the Allstate agent commissions and how they are earned.

Wilson explained that these and other upcoming changes are, to a degree, a reflection of dissatisfaction toward the insurance company’s performance in comparison with its competition regardless of the insurer’s solid performance overall.

The insurer determined that a new focus on advertising and Allstate agent commissions are vital.

The insurance company achieved good results overall last year. It produced a net income of $1.7 billion in last year’s Q4, which is the equivalent to $5.23 per diluted common share. The year before, that same quarter saw a $585 million loss, having been greatly impacted by factors such as the California wildfires. This represented a negative $1.71 per diluted common share.

Throughout all of last year, Allstate generated almost $4.7 billion in net income. In all of 2018, the insurance company’s net income was $2 billion.

The company reported an increase of 5.4 percent in its property liability insurance premiums during the 2019 fourth quarter. This, despite the fact that it saw a 12.3 percent decrease in its net investment income. Its auto insurance net written premium rose by 3.8 percent in the last quarter of 2019. There was a 1.5 percent year over year Q4 rise in policies in force. There was a 4.7 percent increase in homeowners insurance net written premium in Q4 2019 compared to the same quarter in 2018.

Now, the primary focus, said Wilson, is to reduce costs and aim for more competitive price without decreasing margins while creating room to use funds for more advertising. He pointed out that while most of the company’s Allstate customers continue to have a preference for agent service but are also comfortable with self-service options. 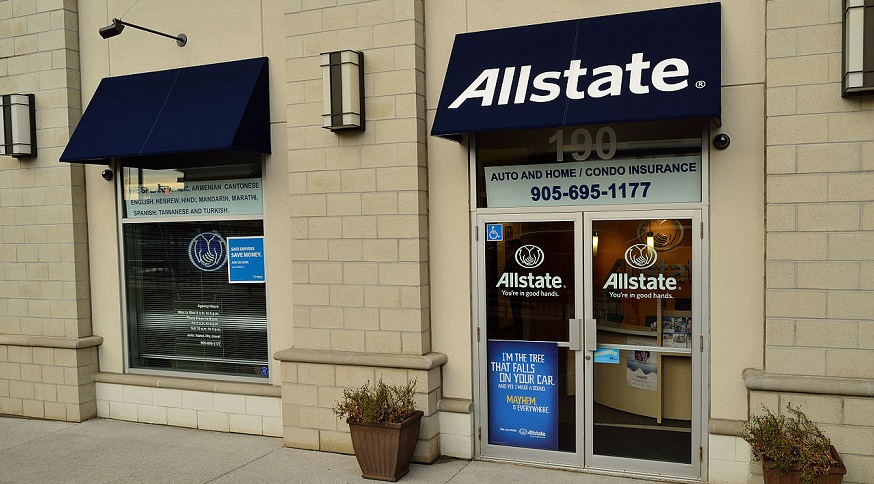 president, Glen Shapiro explained that some of the agents’ variable compensation for renewals has been pushed to new business with growth incentive goals.