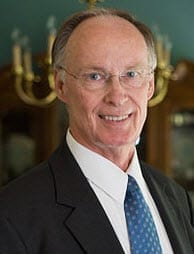 Alabama is moving closer to establishing its own health insurance exchange as the state’s Health Insurance Exchange Study Commission finishes its work this week. The agency was formed earlier this year at the order of Governor Robert Bentley. The agency was tasked with determining the proper course of action to take when the time comes to make an exchange program. The Commission plans to submit its proposals for the program later this week, at which point the state Legislature will vote on the fate of a state-run insurance exchange.

Exact information on the proposals to be presented to the Legislature by the Commission is scarce. Suffice it to say that the agency has said in the past that an insurance exchange could be beneficial for consumers and the insurance market. Legislators are expected to base their laws on the recommendations of the Commission. Governor Bentley believes that lawmakers will opt to establish an exchange regardless of whether the Supreme Court rules the Affordable Care Act as unconstitutional.

Though Governor Bentley has high hopes for an exchange, whether the state will ever move to establish one is still a matter of opinion. The state is home to one of the most conservative Legislature’s in the country and the Affordable Care Act is often a point of contention for the Republican party. If the Affordable Care Act is deemed constitutional by Congress, Alabama will have to establish its own exchange by 2014 regardless of what legislators feel about the matter.