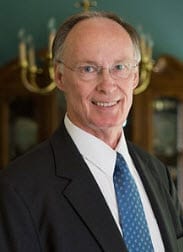 Legislators making progress on exchange but are facing strong opposition

Lawmakers in Alabama are working on getting a head start on the Affordable Care Act by establishing a health insurance exchange as quickly as possible. The House has recently passed a bill that lays out a framework for the exchange system, believing that this structure will expedite efforts to build a robust system. The health insurance exchange is expected to bring affordable coverage to thousands of Alabama residents, but that does not mean it is without its opponents, the chief of whom is Governor Robert Bentley.

The governor has vowed to veto any legislation that would push forward plans for a health insurance exchange. Governor Bentley believes that plans for an exchange, as they exist today, are not mature enough to be in the best interests of the state. Citing the lack of guidance provided by the federal government concerning the operation of the exchanges, Bentley believes that the initiative is not appropriate for Alabama at this time. The governor also notes the unsure fate of the Affordable Care Act, the law that requires states to build exchanges.

Supporters of an exchange program argue that it will bring significant savings to consumers. The exchange is meant to serve as a marketplace for health insurance policies in the state. Insurance companies are encouraged to participate in the program and legislators believe that their presence in the exchange will drive down prices due to competition. Legislators note that the state is facing a December 31, 2012 deadline to submit plans for a health insurance exchange to the Department of Health and Human Services. If the state cannot meet the deadline, it will likely lose access to financial support or lose control of the exchange initiative to the federal government.

Governor holds out for more guidance from the government

Governor Bentley’s primary concern is the lack of guidance provided by the federal government. He argues that the state cannot feasibly create a health insurance exchange without help from the federal government in terms of defining what are and are not suitable health care benefits for consumers.