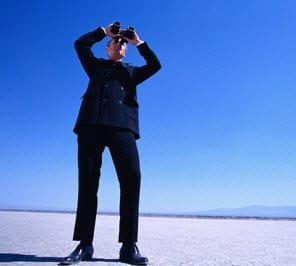 NEW ORLEANS – Catastrophe risk modeling firm AIR Worldwide (AIR) released an update to its terrorism model for the United States. The model, which is used by insurers and reinsurers to assess potential losses to property and workers compensation risks, reflects less frequent and lower-severity attacks based on a reassessment of the threat by a team of leading terrorism experts.

“AIR’s team of operational threat analysis experts includes the FBI’s former head of counterterrorism and members of the CIA responsible for developing terrorist group profiling,” said Jack Seaquist, assistant vice president at AIR Worldwide. “The expert team considered the ability of a full range of terrorist groups to plan and accomplish a wide variety of attacks. The update reflects the reduced capability for large-scale coordinated attacks in the United States from al-Qa’ida and its allies, as well as an increased reliance on lower-severity weapons requiring less expertise, training, and development.”

In addition, the expert team considered recent studies published by the intelligence community, such as the 2010 study by the New York State Intelligence Center, which examined 32 terrorism plots (since 9/11) against the United States and compared the risk to various target types.

The AIR target/landmark database, which includes a full spectrum of potential targets where attacks are likely to occur, was updated with more than 1,000 locations, including 181 prominent new buildings, 161 new corporate headquarters, 109 additional federal buildings, 33 new sports venues, and 424 new major hotels. The database consists of more than 300,000 landmarks; 100 of which are considered “trophy targets.”

Additional enhancements to Version 13.0 of the AIR U.S. terrorism model include:
• Updated assessment of the most vulnerable sectors, such as aviation, ground transportation, and economic infrastructure
• Improved flexibility in handling terrorism exclusions and policy conditions:
-Model the impact of terrorist events caused by domestic and/or international groups, as well as from conventional and/or chemical, biological, radiological, and nuclear (CBRN) weapons
-Apply terrorism policy exclusions, such as the pollution exclusion and the bacteria and virus exclusion
• Ability to determine the potential impact on policies that do not have coverage for terrorism (because the policyholders declined the mandatory offer under the Terrorism Risk Insurance Act) but are in Standard Fire Policy states that do not permit exclusions from any cause of fire
• Updated workers compensation model incorporating the updated event frequency and updated NCCI-based injury benefit levels in different areas across the country

The AIR Terrorism Model for the U.S. is currently available in Version 13.0 of the CLASIC/2(tm), CATRADER(r), and CATStation(r) catastrophe risk management systems. AIR provides consulting services for terrorism modeling for all other countries.

About AIR Worldwide
AIR Worldwide (AIR) is the scientific leader and most respected provider of risk modeling software and consulting services. AIR founded the catastrophe modeling industry in 1987 and today models the risk from natural catastrophes and terrorism in more than 90 countries. More than 400 insurance, reinsurance, financial, corporate, and government clients rely on AIR software and services for catastrophe risk management, insurance-linked securities, detailed site-specific wind and seismic engineering analyses, agricultural risk management, and property replacement-cost valuation. AIR is a member of the Verisk Insurance Solutions group at Verisk Analytics (Nasdaq:VRSK) and is headquartered in Boston with additional offices in North America, Europe, and Asia. For more information, please visit www.air-worldwide.com.