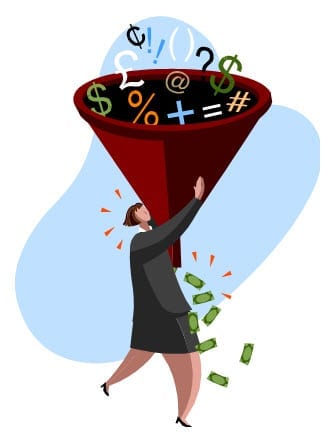 MONTE CARLO, Sept. 12, 2011 – Catastrophe risk modeling firm AIR Worldwide (AIR) released updates to its Extratropical Cyclone and Earthquake Models for Europe. Both models were significantly expanded to include additional European countries and provide a consistent and comprehensive assessment of the extratropical cyclone and earthquake risk throughout Europe.

“AIR Worldwide offers complete and robust extratropical cyclone and earthquake models for Europe,” said Dr. Jayanta Guin, senior vice president of research and modeling at AIR Worldwide. “With the expanded regions and enhancements to these models, insurers and reinsurers now have a unified view of risk across Europe. These updates represent the culmination of a multi-year investment in research and development at AIR, and innovation in modeling the two most significant perils for this region.”

These additional countries supplement the major enhancements that AIR introduced in spring of 2010 to virtually all components of the extratropical cyclone model, including:

* Explicit modeling of storm clustering, an important phenomenon in Europe that must be accounted for when managing wind storm risk. Including the effects of clustering, which was observed during the 1990, 1999, and 2005 seasons, provides more realistic estimates of occurrence (single event) and aggregate (multiple events in a season) losses and allows the model to better reflect the correlation of risk between countries.

* Improved techniques for modeling wind speed at a fine scale and a more realistic treatment of smaller, high frequency storms using data obtained from more than 1,500 historical events dating from 1958.

“To provide companies with the ability to assess the risk from winter storms in all their manifestations, the AIR model combines a scientifically advanced view of the hazard with a sound approach to vulnerability assessment that recognizes and accounts for regional variations in building codes and construction practices,” said Dr. Guin. “These enhancements-combined with the 2011 expansion to include six additional countries-result in a comprehensive and detailed view of European wind risk.”

Other enhancements to the model:

* The hazard module features a region-wide and fully harmonized seismicity model for improved estimation of risk to policies and portfolios that span more than one country-a capability not provided by single-country models. This new seismicity model is based on the most recent research regarding historical earthquake magnitudes and changes in stress as a result of recent earthquakes, most notably the 1999 Izmit earthquake.

* A physical model that provides a better assessment of earthquake risk in areas with limited historical data and better accounts for the potential impact of earthquakes on previously unknown faults.

* The model’s damage functions have been revised to account for the latest European research on the vulnerability of structures in each modeled country, local construction practices and materials, and the evolution and enforcement of building codes.

“The new AIR Earthquake Model for the Pan-European Region captures the complex seismicity of Europe,” said Dr. Guin. “This model has been developed to meet the wide spectrum of earthquake risk management needs of the insurance industry and has been extensively validated using data from more than 60 historic earthquakes across Europe.”

The AIR Extratropical Cyclone Model for Europe and Earthquake Model for the Pan-European Region are currently available in Version 13.0 of the CLASIC/2(tm), and CATRADER(r) catastrophe risk management systems.