Surviving beneficiaries have faced a decades-long battle for payments for their murdered relatives.

Holocaust survivors have been battling with life insurance companies for years – and sometimes decades – to receive life insurance payouts from policies for which they were beneficiaries.

Family members of people murdered by Nazis are seeking payment from the coverage they had on the victims.

Holocaust survivors are running out of time in their efforts to recover insurance policies that Nazi-era companies refused to honor. According to the Holocaust Survivors’ Foundation USA, the sum total of those life insurance policy payouts would be worth about $25 billion in today’s dollars. That said, surviving family members have yet to receive any of the money for covered victims of Nazi concentration camps or targets of SS death squads.

Millions of people lost family members in addition to everything they owned. Two thirds of the European Jewish population was annihilated during World War II. Survivors have been trying to recover the money those insurers owed to them. That said, in the United States, Congress would need to pass an act in order to require the insurers to pay up.

Holocaust survivors and foundation members have been trying to pursue insurers in court for almost 20 years.

Foundation members have repeatedly attempted to gain access to American courts, but have failed throughout nearly two decades of efforts.

“This is an insult to humanity,” said the organization’s president, David Schaecter, a 90-year old I think they are trying to sweep it under the carpet. The fact is, we are a dying breed. There are so few of us left.”

The season of Jewish high holy days is coming to a close, and with the end of Yom Kippur, the group’s members were hopeful that a recent US Senate Judiciary Committee would lead to progress in the life insurance payment issue.

Since the end of WWII, the German government has paid hundreds of millions of dollars in reparations to victims of the Nazis. The US-backed International Commission on Holocaust Era Claims came together in the 1990s and has since paid out $305 million on those issues in addition to $200 million in humanitarian aid. According to insurance companies such as Allianz SE from Munich, and Assicurazioni 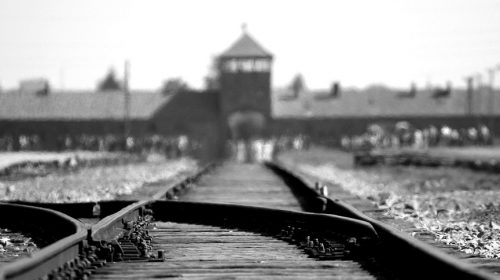 Generali from Italy, as well as according to the German government, the International Commission on Holocaust Era Claims’ actions should provide “legal peace” and finality on the insurance claims.