Analysts from the Congressional Budget Office have released a new report concerning the effects that the Affordable Care Act will have on U.S. citizens. The health care law has been the subject of controversy for the past two years due to provisions that some states consider to be unconstitutional. Though the health care law has been challenged and upheld, those opposing the law are still looking for alternatives, claiming that the law will bring with it profound economic problems that could hurt those still struggling to recover from the 2008 recession. 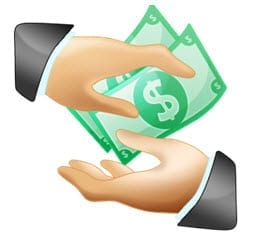 According to the report from analysts, nearly 6 million Americans currently without health insurance coverage could be confronted with steep fines and tax penalties due to the Affordable Care Act. This is because of one provision of the health care law that requires all U.S. citizens to purchase and maintain some form of health insurance coverage. Those without coverage will face fines and, in the most extreme cases, jail time.

Disappearance of employer sponsored insurance may have many more facing penalties

The number of Americans that could possibly be affected by this provision of the law is 50% higher than previous predictions from the Congressional Budget Office, which were made in 2010. 6 million people may be a relatively small sum when the entire populace of the country is considered, but many people receive health insurance coverage through their employers. This coverage could be disappearing as the Affordable Care Act becomes implemented in 2014, however, potentially leaving an additional 250 million people without the mandated coverage. Analysts suggest that this particular provision of the Affordable Care Act could cause significant financial problems.