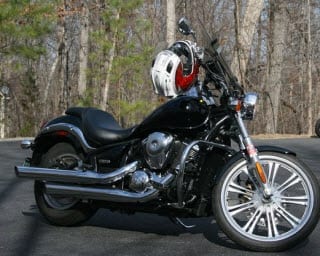 Motorcycle riders who carry enough motorcycle insurance – and who carry proof of that coverage – are now allowed to drive in Michigan without helmets following a preliminary vote in the state’s House that lifted that requirement.

The legislation states that any motorcycle driver who is 21 years or older will be allowed to ride without wearing a helmet as long as he or she carries a minimum of $20,000 in medical coverage. Furthermore, the driver must have successfully completed an approved motorcycle safety course and must have at least two years of experience driving a motorcycle.

The Michigan Senate already passed a similar type of helmet bill earlier in 2011, except that it required the driver to have at least $100,000 in health insurance. For the bill to move on for signing by the Governor, both the House and the Senate will first need to approve of the changes that have been made to it.

It is not yet known whether Governor Rick Snyder will sign a bill of this nature. He didn’t express much interest in the bill over the summer, but he did say that he would give it his consideration as a part of the overall plan to reform the auto insurance regulations in the state.

Previously, former governor of Michigan, Jennifer Granholm, had twice vetoed bills that would make wearing helmets optional, regardless of the amount of medical coverage the rider had.

Republican Rep. Peter Pettalia, from Presque Isle voted for the bill and said that “It’s there to wear if that’s your choice.”

For more information and rates on Michigan health insurance