The open enrollment period for 2019 closes on December 15 but not as many people are signing up.

Health insurance enrollment into the Affordable Care Act’s exchanges has fallen nationwide when compared to last year. The numbers have remained down despite the approaching deadline on December 15.

The last few days of the open enrollment period could prove to be defining for the ACA in 2019.

The final weeks and days of Affordable Care Act (A.C.A.) health insurance enrollment are strikingly busy. In 2017, over two thirds of Americans who purchased health plans from the marketplace did so within the last two weeks. It appears to be a growing tradition for the vast majority of the sign-ups to occur close to the end of the open enrollment period.

That said, the Kaiser Family Foundation recently conducted a poll from which the results showed that about 70 percent of Americans don’t know when the enrollment deadline is. Officials from state insurance departments are working hard to try to inform people regarding this year’s dates. They are encouraging people to log on to healthcare.gov or their own state exchange website, or to obtain assistance from a navigator.

Across the country, fewer people have taken part in health insurance enrollment than last year.

As of December 1, the national figures from the 39 states participating in the healthcare.gov platform were down by 11 percent when compared to the same time in 2017. By December 1, 2018, there were nearly 32 million people who had enrolled on that insurance exchange platform.

Still, by that date, the final two weeks of enrollment – the time in which two thirds of sign-ups occurred in 2017 – had not yet arrived.

The concern is that recent efforts made by the Trump administration and by Republicans to unravel certain central components of the Affordable Care Act could harm the enrollment figures, said Pennsylvania Insurance Commissioner Jessica Altman.

For instance, starting in 2019, people who don’t purchase a health insurance plan will not face a tax penalty. Moreover, the Trump administration cut back on short-term health plan restrictions. Those plans are far cheaper 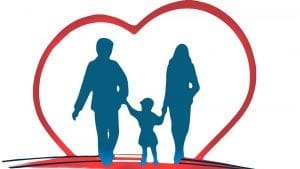 than what the ACA insurance exchanges have to over because they are permitted to deny coverage for pre-existing conditions, prescription benefits and maternity care, among others. This may break the positive health insurance enrollment growth trends from previous years.