A.M. Best, a credit ratings and financial research company service the insurance industry, has released a new report concerning the insurance market in Vietnam. The report notes that the country’s insurance market is showing strong signs of growth. This is despite the ongoing, worldwide economic problems that have stymied the insurance industry in some markets. A.M. Best is reporting that insurance premiums in Vietnam are growing by double-digit margins. The company expects this trend to continue as the country’s economy shows signs of progress.

Vietnamese insurers have found success in the country’s burgeoning middle class. Those in the middle class are becoming increasingly aware of the insurance coverage they can obtain. As this awareness spreads, these consumers are looking to purchase coverage that they did not have access to previously. The growing middle class is supported by increased government spending on projects that are meant to embolden the country’s economic infrastructure. These projects have, thus far, proven to be successful. 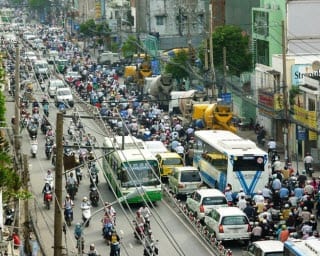 The report notes that Vietnam’s insurance industry has seen growth each year since the country joined the World Trade Organization (WTO) in 2007. Insurers are still faced with major challenges despite this growth and the country’s inclusion into the WTO. Among these challenges are the complex government regulations that are making it difficult for some insurance companies to do business within Vietnam. Other problems are more connected to the economy, such as inflation and, to some degree, unemployment.