The majority of meteorologists are predicting that this year won’t be as active than 2016.

The 2017 Atlantic Hurricane Season had an early beginning but meteorologists think it won’t be as active as last year. The number of hurricanes and name storms will be about average.

That said, there are still a handful of meteorologists who think it will be slightly more active than normal.

In fact, unlike the majority of weather experts, Global Weather Oscillations predicted that the 2017 Atlantic Hurricane Season would be the most active in the United States since 2005. In that year, the U.S. saw a whopping five hurricanes.

The average prediction for this year’s hurricane season includes a total of 3 major hurricanes, 5 hurricanes and 12 named storms. That said, this represents the total number, not the number that will make landfall in the United States. A major hurricane is considered to be one that is Category 3 or higher. Winds in these storms reach more than 110 miles per hour. 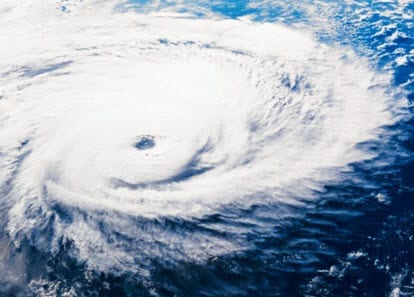 El Niño is a Pacific Ocean water warming which has been connected with weaker hurricane seasons.

The reason this season is predicted to be close to normal by most meteorologists is that El Niño is likely to develop later on in the season, among other reasons. “If El Niño fails to launch, we may be too low with our numbers,” said the Weather Company’s chief meteorologist, Todd Crawford. The Weather Company is one of IBM Corp’s businesses. Its own forecast was for 2 major hurricanes, 4 hurricanes and 12 named storms in 2017’s hurricane season.

The Global Weather Oscillations chief meteorologist, David Dilley predicted that the 2017 Atlantic Hurricane Season would be the most costly and dangerous in a dozen years in the U.S. The reason is that Dilley believes that ocean temperatures in the majority of the Atlantic Basin will be warmer than normal will combine with the El Niño conditions. His prediction is that 6 named storms will make landfall in the U.S., the most since 2005 when 2 tropical storms and 5 hurricanes struck.