The Oklahoma Insurance Department has released information that shows that 1,100 homeowners insurance claims have been generated by storms that hit the state earlier in the week. The state fell victim to powerful storms that generated tornadoes and caused a significant amount of property damage. Many homeowners were affected by the disasters that struck the state and more claims may be filed in the coming weeks as property owners continue to assess the damage.

Tornadoes have caused significant damage to properties in Oklahoma

Tornadoes are not an uncommon problem in Oklahoma. Nonetheless, the state’s Insurance Department is interested in making sure that homeowners affected by these disasters have their insurance claims handled appropriately. The handling of homeowners insurance claims has become a controversial issue in the wake of 2011’s Hurricane Sandy. After that powerful hurricane hit the eastern part of the United States, there has been drama concerning how insurance companies unfairly rejected or underpaid claims. Oklahoma officials want to avoid similar controversy and ensure that consumers are treated fairly. 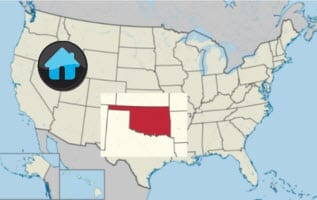 The Oklahoma Insurance Department has set up several locations in areas that have been affected by tornadoes in order to help homeowners understand the claims process. Those affected by the disasters are being encouraged to contact their insurance companies, or an insurance agent, as soon as possible. Consumers are also being advised to take pictures or video of all the damage that is related to the natural disasters. This information will help with the claims process.

Consumers are being advised to be careful

Consumers are also being advised to be careful of those that claim to represent reputable companies. Homeowners should not allow anyone to inspect their damaged property without closely observing these people. In the wake of a natural disaster, it is common for people pretending to represent insurers to take advantage of a problematic situation, committing fraud for some monetary gain. While homeowners may not be at fault of this fraud, it could affect the claims process in a significant way.